The Daughters of Wisdom of Canada (DW-FDLS) have launched a book, Le désir de servir (The Desire to Serve), which tells the rich history of the congregation on Canadian soil for over 135 years. They have also launched a web site entirely dedicated to their commitments at home and abroad.

This double launch in virtual mode brings to an end a four-year long adventure for historians Chantal Gauthier and France Lord. With the collaboration of the sisters and Isabelle Dumas, responsible for the archives, they went back in time and highlighted important moments in the history of the Canadian entity. 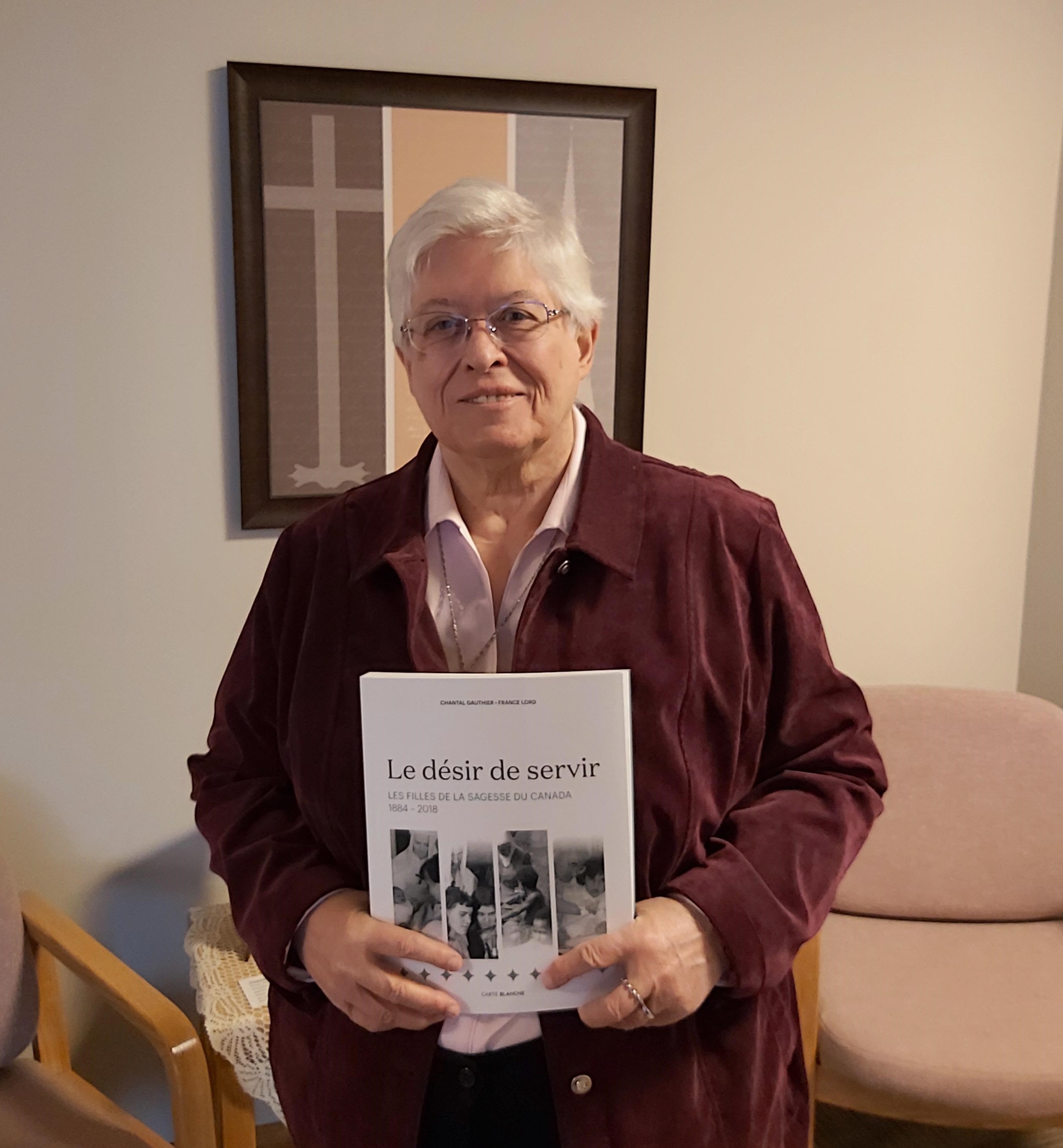 Sr. Linda Joseph, Provincial leader for Canada,
with the book on the history of the Canadian entity.

The book, a few hundred pages long, has an evocative title, as noted by the Provincial leader, Sr. Linda Joseph. Emphasizing that Montfort speaks of “desire” as the first means to obtain Wisdom, she recalled that more than 1700 Daughters of Wisdom in Canada have made this desire to serve their own from 1884 to the present day.

A Website Dedicated to the Commitments of Canada’s DW

The breadth of the subject and the multitude of people, services and works have led historians to explore the technological path to do justice to all the material collected. The implementation of a website has made it possible to meet the needs of the archives while at the same time making the content accessible to the public, since it could not be presented in the book.

The Daughters of Wisdom of Canada’s Commitments site lists hundreds of insertions and services provided in Canada and around the world. In the form of fact sheets, classified notably by theme, the site illustrates the diversity of commitments in education, health, social services, pastoral care and others. It also lists the apostolic milieus.

DW’s are present in New Brunswick and Western Canada, with a concentration in Ontario and Quebec. They have also assumed an important role in Papua New Guinea as well as in the United States and the Philippines. The website reflects this legacy and allows for the addition of new information and clarification.

During this virtual gathering, thanks were expressed to the historians. The members of the Provincial Council also underlined the valuable contribution of the sisters and of the person in charge of the archives.

At the conclusion of the meeting, Sr. Linda Joseph wished both authors success. She said, “More than reporting on the past and making it present, your work is a seed for the future. It could awaken a somewhat dormant social awareness of the contribution of religious congregations in Canada. It certainly offers a wealth of information and avenues for reflection and research for historians, sociologists and anyone interested in learning more about the richness of their heritage…”.

A copy of the book Le désir de servir will be offered primarily to the local communities across Canada as well as to the various entities of the congregation.