A Deeply Rooted Partnership – Solidarity Beyond a Transactional Relationship

For over 60 years Catholic communities for consecrated life have been at the heart of CECI, the Center for International Studies and Cooperation. However, most people are unaware of how deeply rooted and extensive our partnership is. Together our work for international solidarity stretches far beyond mere financial transactions. Over the years we have collaborated on many different levels and in many different spheres to fight against poverty, exclusion and inequalities.

CECI’s founder, the Jesuit, Father Jean Bouchard founded the organization in 1958. From the beginning he inspired a spirit of collaboration that encourages innovative relationships that strive to make the world a better place: 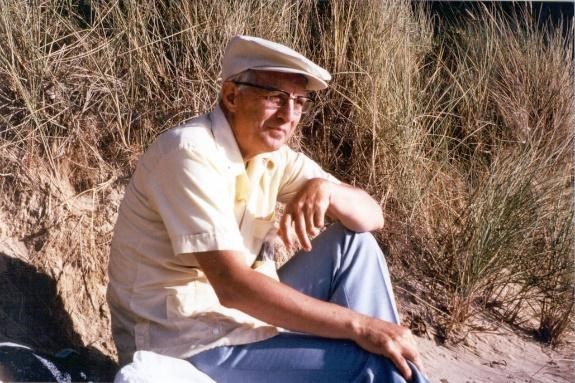 There are so many different ways to work towards creating a world with more dialogue, sharing, fraternity and mutual aid.

Through the stories of religious community members who’ve been involved with CECI over the years, this article seeks to highlight the many ways we’ve collaborated together whether it be through training, building and emergency relief projects, volunteering time and supporting organizational change. Let’s celebrate what innovative partnerships can accomplish!

TRAINING AND SHARING OF KNOWLEDGE

Originally CECI was the Center for Missionary Studies (CEM). The first of its kind, the CEM’s role was to prepare Catholic religious community members before they were deployed abroad to their assigned missions. Training consisted of a year long series of courses touching on language skills, history, cross cultural relationships etc. Hundreds of sisters, brothers and fathers were trained by Father Bouchard, S.J. and the CEM, which later became CECI, before going to serve God all over the world.

Still to this day, CECI offers informal training and learning opportunities for Catholic religious communities. In an annual gathering, CECI staff and over 20 religious order representatives come together every fall for dialogue and to share information on global issues, most recently on themes such as environmental stewardship and the international response to Covid-19. When we share our knowledge, we are stronger together!

COLLABORATION IN THE FIELD

For many years CECI and Catholic communities for consecrated life have worked together in the field, implementing sustainable development projects and responding to emergency situations.

Not only have we done sustainable development work together in the field, but we have also collaborated and responded to emergency situations. After the 2010 earthquake in Haiti, CECI supported religious communities in rebuilding their damaged infrastructure, lending our expertise in project management to oversee the reconstruction. Most recently during the global pandemic, we have worked with a Catholic Religious Community to equip their schools with handwashing stations to prevent the spread of the virus. 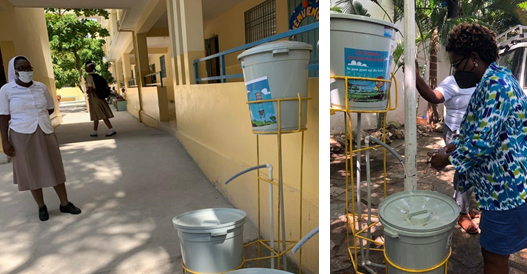 Over the years, religious community members have generously given of their time, energy and expertise serving on our board, and various committees. Today we have one religious serving on CECI’s board, three religious who are part of CECI’s active Religious Community Committee, six religious who are individual members of the organization with voting rights and one honorary member. 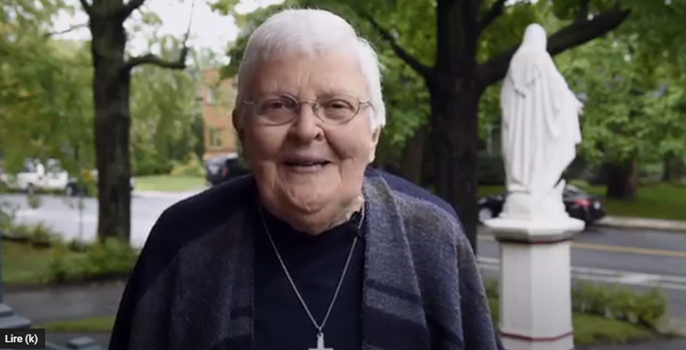 Sister Lorraine Caza has been active in the organization for many years where she has amongst other things served as a member of the board, on numerous committees, and acted as president of the Religious Community Committee.  She says the following about our fruitful partnership:

I am very grateful for my time working with CECI. This initiative of Jean Bouchard, s.j. has been incredibly fruitful. Member of the Board of Directors for several years, what a privilege I have had to meet around the table with people who have unwavering social commitment and are citizens of the universe. For me, each meeting was an opportunity to travel around the world. At the Religious Community Committee, it was so inspiring to hear the project managers show us how our donations concretely improved human life around the globe. Over the years, I have gotten to know many of the people who provided leadership for CECI. The words I’d use to best describe what I observed are: resilience, the capacity to overcome a crisis and challenges, and great professional and relationship skills.
Lorraine Caza, CND

In 2014, CECI began the process of launching a large-scale organizational transformation with the vision of becoming an international network, with autonomous countries, with whom the international secretariat collaborates on a more equal ground.

CECI sought out the knowledge and experience of religious communities, who had already undergone this process themselves. We then mobilized the Religious Community Committee to help guide the internationalization process and provide counsel as we navigated this complicated process. This committee was also mandated with overseeing the management of the “Fonds de passage”, to which religious communities contributed, which would be used to empower countries and build their capacity to become independent entities.

The “Fonds de passage” not only supported CECI’s large scale organizational change, but also 20% of each donation was attributed to the Jean Bouchard Fund, a capitalized special fund invested at the Caisse d’Économie Solidaire Desjardins, which is mandated to ensure Father Bouchard’s legacy. 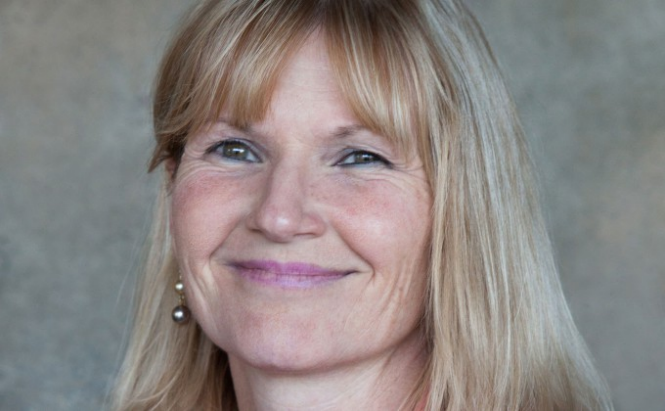 The Fonds de passage was absolutely pivotal in facilitating CECI’s organizational change towards greater localization and empowerment of its country offices. We could not have done it without the support and conviction of the religious communities with whom we have been working for many years. This support went beyond financial resources as it was accompanied by the fundamental belief and shared vision that this was necessary and the right thing to do to ensure sustainable development and long-term investment in localized human capital and knowledge. You believed in our shared long-term vision and that is something we will never forget!
Claudia Black, CECI Executive Director.

The involvement of Catholic religious communities in our work has enabled CECI to impact the lives of millions of people. From all of us here at CECI, we warmly thank all religious communities for their tireless support, collaboration, partnership, solidarity and determination to fight against poverty and exclusion. Their unfailing involvement through the decades means the world to us! Let’s continue changing lives together for another 60 years!

To find out more about CECI, visit the website of the organization at https://www.ceci.ca/en