Charism at the Foundation of Consecrated Life and of Our Institutes

This text by Gaétane Guillemette, NDPS, was prepared as part of the CRC’s Fall 2021 programming around the theme “Returning to the source: Charism and the prophetic character in an evolving consecrated life.” Additional resources from this programming are available on our website here.

When we consider the subject of the evolution of consecrated life, the question of the charism necessarily arises. Since Vatican II, the advancement of theological thought has enriched the understanding of this gift of God given to the Church and to our institutes. However, in real-life experience, some points of confusion and question marks may remain. It is from that perspective that we shall look at three questions that concern us more directly. Where are we in our understanding of the charism that is at the foundation of consecrated life and of our institutes? What do we retain from its spiritual and institutional dimensions? What is our responsibility towards the charism of our institute?

From the outset, it must be admitted that the concept of charism has encountered resistance. Even though the charismatic reality is not new in the Church, since it was already found in apostolic times, the term “charism”—specific to Pauline vocabulary—has aroused confusion and suspicion in the history of the Church. The limitation of this term to extraordinary gifts or those attributed to an hierarchical elite has resulted in a loss of unity and of the biblical richness of charisms.[1] With Vatican II, charism was re-situated in connection with ministries and Lumen Gentium 12 recognizes its place and role in the life of the Church.[2] Regarding consecrated life, the Church draws its outlines (LG 43–44) without, however, using the expression “charism.”

It was after the Council, in Evangelica Testificatio, in 1971, that Paul VI clearly interpreted the conciliar intentions and declared the charismatic character of religious life. He uses the notion of charism in dealing with various vocations and he speaks of the charism of the founders at the origin of the institute. He specifies that the charism of religious life is a gift of the Holy Spirit, intimately united to the mystery of the Church and forming an integral part of her life (ET 11).

John Paul, particularly in Vita Consecrata, deploys the multifaceted charismatic dimension of consecrated life under the leadership of the Spirit for the building of the Church and in service to the people of God.[3] He identifies the charisms of consecrated life and the particular charism of each religious family.[4] He underlines its collective dimension and returns to the aspect of the charism as a vocation and its belonging to the community of the People of God, the Mystical Body of Christ.

Benedict XVI speaks of the richness of the charisms of consecrated life in connection with the Word of God: these can be read as a living Gospel implemented in ever-new forms.[5] He insists on the gift of discernment and the accompaniment of pastors, in welcoming what the Spirit says to the Churches through these charisms.

Pope Francis, for his part, emphasizes the incarnation and actualization of the charism in history, in the different places, times and situations in the life of the institutes. He asks to keep the founding charism alive: to keep it moving, growing and in dialogue with what the Spirit is telling us today about our time. Which presupposes discernment and prayer.[6]

Since then, understanding of the charism — especially with respect to its components as well as with the evangelical counsels — has continued to deepen at the heart of a Church-communion-mission.

It is when Vatican II calls on the existing institutes for an appropriate renewal that they enter into a process of returning to their roots and to the spirit of the founders. They name their charism: gift of God expressing the experience of the Spirit lived and transmitted by their founders to be, as mentioned in Mutuae Relationes 11, lived, safeguarded, deepened and constantly developed in harmony with the body of Christ continually in the process of growth.

This charism of the founders, which is at the basis of the foundation of an institute, relates both to a particular grasp of the mystery of Christ and to an interpretation of the needs of the Church and of the People of God. It is embodied in a charismatic vocation in the service of the Church. Transmitted to disciples, it is based on a spirituality arising from the foundational spiritual experience and is carried out in a given mission and according to a particular way of life.

The charism of the Institute is then revealed as a project of evangelical life in following Christ through its components, which are spirituality, mission and fraternal life. These components shape the distinctive face of the institute in which the charism is expressed. They each have their own specificity and cannot be confused with it. The charism cannot be limited to the sole dimension of spirituality or mission or works. It is a spiritual reality which marks the members’ way of being and of living and which is embodied through its components. Thus, spiritual life, community life and apostolic life form an intimately linked whole, the elements of which mutually nurture, reinforce and complement one another at the heart of the charism.

Spiritual Dimension of the Institute’s Charism

Regarding its spiritual dimension, the institute’s charism is a visible sign of the presence of the Spirit, of its action, of its richness and of its holiness.[10] It is a manifestation of Trinitarian action and of God’s plan for humanity. It is granted to one or more people for the purpose of founding a community in the service of the Church and her mission. It presupposes a vocation, a calling and a choice lived in a form of life and a mission corresponding to the call received in communion with God, the Church and the People of God. This gift of the Spirit perpetuates the mystery of the Incarnation of the Word, realized in Jesus and continued in the Church.

In its collective and community dimension, the charism signifies “the communion and unity of the Church in Christ” (Apostolicam Actuositatem 18a). It describes the way of being in community and the exercise of the mission by the members. Thanks to the fraternity put into action in charity and fraternal communion, as well as the testimony of life and of the members’ action, the charism makes the apostolate fruitful. It helps to intensify ecclesial communion and fulfills its prophetic function in the Church.[11] In addition, is it not just within the mission of the Church, but also — and even above all — within the proper mission of the Holy Spirit, of which it is constitutive, in continuity with Christ’s mission and according to the plan of the Father?[12] Therefore, fidelity to the charism is fidelity to the Holy Spirit, to the particular call of Christ, and in constant adjustment to the plan and the will of God.[13]

Institutional Dimension of the Charism of Institutes of Consecrated Life

The charism’s spiritual dimension calls out for its institutional dimension.[14] Sign and instrument of the Spirit, the charism is a gift linked to the call of God and summoning one to an institutional and ecclesial form. Being at the founding of the Institute, the charism takes shape in a way of life and a mission inspired by the spiritual heritage of the founders. The institute then becomes the place for the solidification of the charism in a collective entity, a community and apostolic body.

This collective charism requests to be recognized by the Church as a stable form of living (Canon Law 573). Its recognition passes through the approval of constitutions, which represent the first institutionalization of the charism. Also, in order for it to serve the Church’s apostolic vitality and holiness, while bringing its benefits to every individual and the community, discernment must take place. And that evangelical discernment belongs to the Church, which is responsible for recognizing the specific identity and structure of each institute.

Vita Consecrata 4b also recalls that, through its institutional dimension, the charism is part of the great reality of ecclesial communion in which all gifts converge for the building up of the Body of Christ and the Church’s mission. Its institutionalization, understood in its immanent sense, as a dynamism contained in the charism itself, enables it not only to externalize itself but to live while deploying itself in time and space to achieve its own purpose. Its institutionalization allows it to relate to God and to others, and to express itself in order to be able to communicate, to make itself be known in an intelligible way.[15] Thus, in an intimate communion, the two sides of the same mystical and institutional reality[16] of the institute’s charism meet.

The Institute’s Responsibility for its Charism

Benedict XVI insists: the Gospel and the institution are inseparable.[17] The Gospel takes shape through the charism and materializes in a diaconia. It animates and structures the community that becomes communion school and road of holiness in love and charity. A participant, according to the gift received from the Spirit, in the renewal and development of the Church, the institute carries the responsibility to embody, update and transmit its charism.

The institute is the depository of the charism — not its owner. Because the charism is a good of the Church for the world, for the community and for each and every member. In fidelity to the Spirit and the Church, the institute and its members have to respond to the prophetic call of this gift as a life project and as the word of God constantly revealing itself. They have to keep it alive and active in and by their being, and by acting on a daily basis. Their responsibility, in the face of this gift of the Spirit, made to the founders and approved by the Church, requires that its transmission through formation be especially watched over. Being directly related to the charism, the formation says something about the charism through its procedures. Hence the need to see where the charism’s development is, how it is articulated in initial and ongoing formation sessions and to promote its impetus in all dimensions of our consecrated life.

If God calls and sends, it’s because he gives first. God’s gift to our founders, the charism made of them searchers of God and benefactors of humanity. Next, in fidelity to the spirit and our charism that is experienced in our spiritual, community and apostolic life, and the evangelical counsels, we collaborate on the gift of the giver and his project for humanity.[18] So, the charism at the founding of our institutes, a sign of the action of the Spirit, attests that the Pentecost is still ongoing and that the incarnation of Christ and his mission continues in the Church, under the action of the Spirit and according to the plan of God. 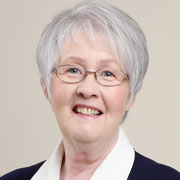