Sister Réjeanne Blanchard, a life spent as a missionary between Africa and Quebec

Native of the Eastern Townships, Sister Réjeanne Blanchard is the eighth child of a family of 14. At the age of 16, she entered the community of the Sisters of Sainte-Chrétienne.  After 53 years in Africa, she returned to Quebec City in 2014. “I lived my return from Africa day by day. I had to adjust and fit in. The first year was a year of introspection,” she  shared during an interview. Sister Réjeanne breathes kindness. A quiet strength emanates from her which she certainly acquired thanks to her long experience with the African populations. 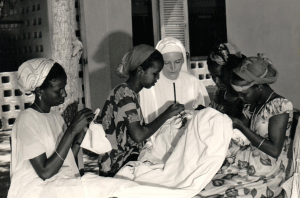 Before she left Quebec and her family in 1961 to go teach French, home arts, cooking, sewing, childcare and embroidery to young women without little or no schooling in the Republic of Djibouti, a former French colony, she had been an elementary school teacher at St-Étienne de Lauzon and at Giffard. All the courses were conducted in french whereas the spoken language was Arabic. Learning French allowed some young women to find a job with local families. 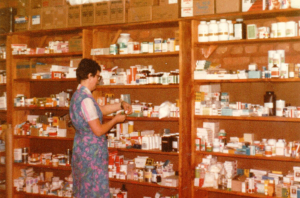 She returned to Quebec in 1975 to take a nursing assistant course. She will now devote her professional life to health care which led her to work for 21 years in bush clinics in Bungie, Runaba and Kigali in Rwanda. Sister Réjeanne explains that as a nurse, she was performing a doctor and dentist job since there were no other qualified professional. Bungie and Runaba Health Centres being located in the hills, ambulances and paramedic services were using stretchers. Twenty people divided in teams of four took turns to carry the stretcher.

Birth deliveries remain the most vivid memory of her life in Rwanda. “Life emerging, a time of concern, because I did not know how the child would come since we had no ultrasound.” I remember of triplets born during the night, two girls and a boy. Only one girl survived. Back at their home, the two other children, were sick and died.” 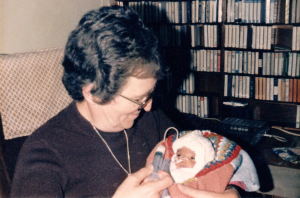 Later, Sister Réjeanne will spent 14 years in Rutshuru, a locality and territory  East of North Kivu in the Democratic Republic of the Congo, near the borders of Rwanda and Uganda. She keeps several memories such as those of premature babies brought back home at night because they needed care and monitoring 24 hours a day.“During the war, from the courtyard of the health centre we could hear guns shots. To see these people working to survive while keeping a lust for life and to see them so poor in such a rich country, to fend for themselves… You know, before the war no one was malnourished.”

A volunteer with Collaboration Santé Internationale (CSI) since February 2015, Sister Réjeanne is also committed to Bouchée généreuse which distributes food to 500 persons of all ages. It’s during her African missions, that she learned of the services provided by CSI which provided medical equipment in clinics where she worked. These clinics met the needs of close to 200 patients a day and often more in times of epidemic malaria.

For 50 years, Collaboration Santé Internationale (CSI) continues the mission of its founder, the Capuchin Father Célestin Marcotte to support the development of the services in health care offered to the deprived populations.

CSI recycles decommissioned medical equipment, hearing aids, medicine, medical supplies and furniture in the provinces of Quebec, Ontario and New Brunswick. The materiel is given by religious communities, the private sector and the public sector. The material is then, sent overseas to health centers located in developing countries. 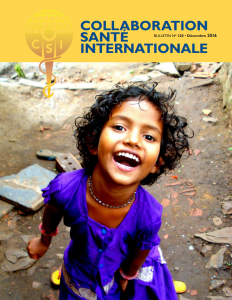 Click here or on the opposite picture to read this publication.