Why be silent about the most serious matters? Doesn’t silence perpetuate suffering? From the 1950s to the 1980s, Catholic priests sexually abused many young boys in the francophone towns of New Brunswick. These scandals only came to light when the victims were in their fifties, provoking shock and outrage in the media and the public. Why did the affected communities keep silent so long, preferring secrecy to justice and truth? Profiting from their positions of influence to impose a “pious silence” on their parishioners, authority figures built an abusive system that tells us as much about the type of oppression specific to the Acadian population as it does about the blanket denials issued by the Catholic Church. Called to confront the power of this collective silence, veteran filmmaker Renée Blanchar meets with survivors in an attempt to untangle the deeply rooted reasons for this secrecy. With The silence, she takes us as close as she can to the humanity of these broken men, revealing the forces that, today as in the past, have the power to unite or divide Acadian communities.

Multiple scandals erupted in the 2010s when it was discovered that Catholic priests had been abusing young boys in several francophone villages in New Brunswick. Cases dated as far back as the 1950s and involved as many as three generations of Acadians. Media coverage of the scandals was marked by outrage and dismay. Why had so many years passed before the affected communities at last dared to break their silence? How could secrecy have been preferable to justice and truth for so long?

The fact that these dark offences took place when the victims were between six and 16 years old and were only coming to light now, when they were in their fifties, shook the public to its core. This Acadian tragedy was another in the long list of pedophilia scandals tarnishing the Catholic Church in Canada, the United States, and elsewhere in the world, and it raises questions about the effect of taboos and trauma in this minority population. Abusers in positions of authority, such as Father Camille Léger of Cap-Pelé and Father Lévi Noël of the diocese of Bathurst, were protected by the “pious  silence” of their parishioners and the stubborn denials issued by the Church, and they used their influence to threaten and silence innumerable children. Léger, parish priest, son of a senator and brother of a doctor, enjoyed a level of social status, power and wealth that allowed him to construct a veritable fiefdom of abuse in which altar boys, Scouts, young members of the local brass band and players on the hockey team were constantly at his disposal. The tyrant of Cap-Pelé died before the first accusations surfaced, but like the other tormentors of children, he owed his impunity in large part to the fact that the good parishioners did not dare to “speak against the priests.” Fortunately, many were ultimately brought to justice. Lévi Noël was convicted in 2010 and sentenced to eight years in prison, which, at the time, was the heaviest penalty ever imposed on a pedophile priest in Canada.

Veteran Acadian director Renée Blanchar takes on this difficult subject with great sensitivity. She has deep roots in the community, and has learned that when she was shooting her first documentary, Vocation ménagère (1996), in Acadian parishes, her work brought her, unknowingly, very close to the secret. Now, confronting the power of that collective silence, she looks to untangle its hidden causes, meeting with victims whose stories bear witness to their broken lives. These men kept silent for many years: out of shame, out of fear that they would not be believed, because they were afraid that speaking out would destroy their loved ones… or simply because facing the truth was too painful. But today, after making the courageous decision to accuse those responsible, and despite still suffering serious psychological consequences—anxiety, depression, social isolation—they have hope for a kind of justice and the beginning of healing.

In recent years, victims of sexual abuse have begun to speak more openly about their experience. The #MeToo movement and the conversations started by the release of documentaries such as Leaving Neverland have shown us, above all, how important it is to understand the power structures that allow these abuses to continue. Renée Blanchar examines the systemic denial practised by the Catholic Church, and also the specific kinds of oppression occurring in Acadian society; she analyzes the roots and the consequences of the silence that for so many years stifled entire communities in New Brunswick. Driven by her love for the society and culture of Acadia, Blanchar documents this distressing history, but also enriches the film with magnificent coastal landscapes and her own very personal engagement with the film’s protagonists. In keeping with the goals of her entire body of work, The Silence brings us into close and intimate contact with the humanity of the film’s characters, and helps us to understand the forces that, today as in the past, have the power to unite communities or tear them apart. 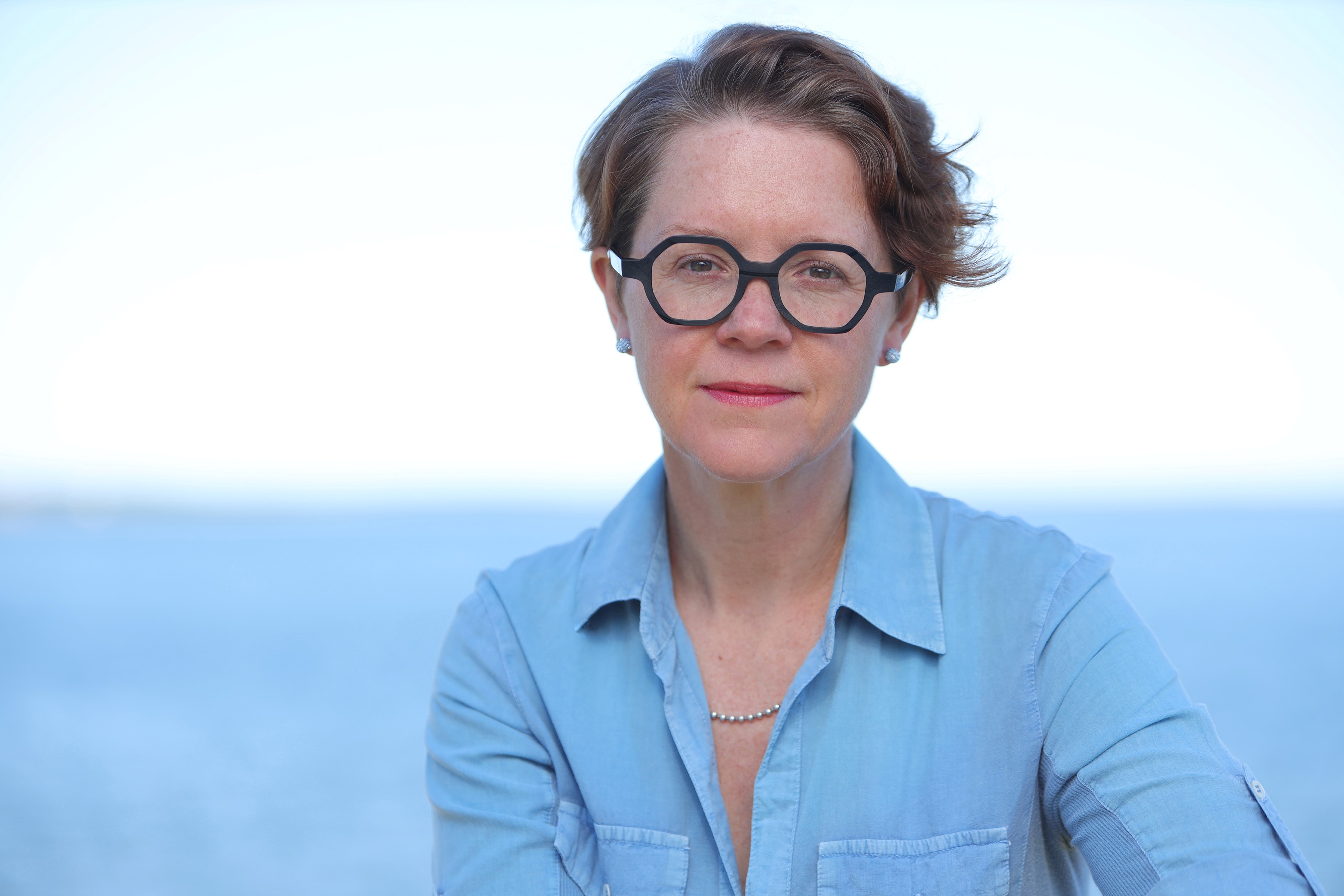 It was with some apprehension that I embarked on my research for The Silence in the spring of 2018. However, my fears and reservations vanished quickly as I considered the importance of making this documentary. I don’t believe I have ever confronted a more challenging subject. It was as if the entirety of my career as a filmmaker had prepared me for this moment.

Over the past few years, sexual scandals have shaken the Catholic Church, and we’ve witnessed an extraordinary media firestorm. In the face of such a cascade of breaking news about a profound evil that the Church tried in vain to obfuscate, hush up, and deny, why make a film? We made it because it offered a privileged space of meaning, but also because it allowed us to illuminate, from a never-before-seen vantage point, a human drama playing out on an almost global stage. It was as devastating for Acadia as it was for the world.

The silence we are speaking of can be deafening. It reveals such a dark dimension of human life and exposes an injustice and cruelty so profound that we would like nothing more than to cover our eyes and ears and just pass by, pursuing our own pleasant little path through life. This reaction may be legitimate, but is that how a society advances? I don’t think so.

The Silence attempts to pull the veil away from an extremely complex subject. We can’t pretend to have followed it through all its twists and turns. We never will. Knowing that we can’t say it all, can’t tell the whole story, we nonetheless have to take and defend a position. I chose to give the men who came forward to denounce their abusers a chance to tell the story of their broken childhood, in their own words. Eight years after the scandals came to light, many of the survivors from the New Brunswick village of Cap-Pelé are still embroiled in a maze of legal proceedings. These victims are living in a kind of limbo, in silence. Our film gives them a voice. Finally.

Because the survivors were so strong and yet so vulnerable, I thought it was necessary for me to take the risk with them—appearing in front of the camera—not just to show solidarity, but because I believed that my reflections on the ethical, moral and civic implications of my own silence, and my need to break through it, could be a kind of key that allows the viewer to enter into this difficult but necessary narrative.

During the first cycle of my life as a filmmaker I was focused on engagement—commitment—in all its forms. This quest allowed me to find a place in the world. Beginning in 2015, I entered a new era. The force of circumstances changed my relationship to time. My relationship with the world, too. Twenty-five years after making Vocation ménagère, my first film as an auteur director, I realized that my fascination with the engagement of others has shaped my own. In this new season of my life as a filmmaker I want to explore, at the individual human level, issues that are in many ways far bigger than we are, and before which we often feel powerless. Looking at the growing cynicism that is taking over everything, everywhere, I choose without hesitation to call on the humanity we all share.

Ça Tourne Productions was co-founded in 1996 by screenwriter and director Renée Blanchar, who is based in Caraquet, New Brunswick, on the Acadian peninsula. In 2015, producer Maryse Chapdelaine joined Blanchar at the helm of the company.

Renée Blanchar and Maryse Chapdelaine are interested in cinema, television and a variety of digital media. They specialize in auteur-directed projects in both documentary and fiction forms, seeking to create works that are committed, daring and entertaining, with a distinctive approach to both subject and aesthetic.

The NFB is Canada’s public producer and distributor of award-winning documentaries, auteur animation, interactive stories and participatory experiences, working with talented creators across the country. The NFB is taking action to combat systemic racism and become a more open and diverse organization, while working to strengthen Indigenous-led production and gender equity in film and digital media. NFB productions have won more than 7,000 awards, including 12 Oscars. To access this unique content, visit NFB.ca.