Halifax, NS, November 16, 2020—The Sisters of Charity – Halifax held their 22nd General Chapter meeting October 12 – 16, 2020. Held every six years, the event is to set future directional priorities and elect a leadership team. One hundred Sisters from Canada and the United States met to discern how their mission intersects with the needs of today’s world. Some Associates of the Congregation joined the Sisters for a few of the days devoted to “essential conversations” that establish the strategic direction of the next six years.

The Chapter preparation over the last year included many contemplative conversations to reflect on the evolving nature of the Sisters’ mission to give “joyful witness to love: the love of God, of one another, and of all persons”. Conversations during the event spoke of responding in this time of pandemic, the urgency of working for climate justice and racial justice, and living in communion with and for one another and Mother Earth. 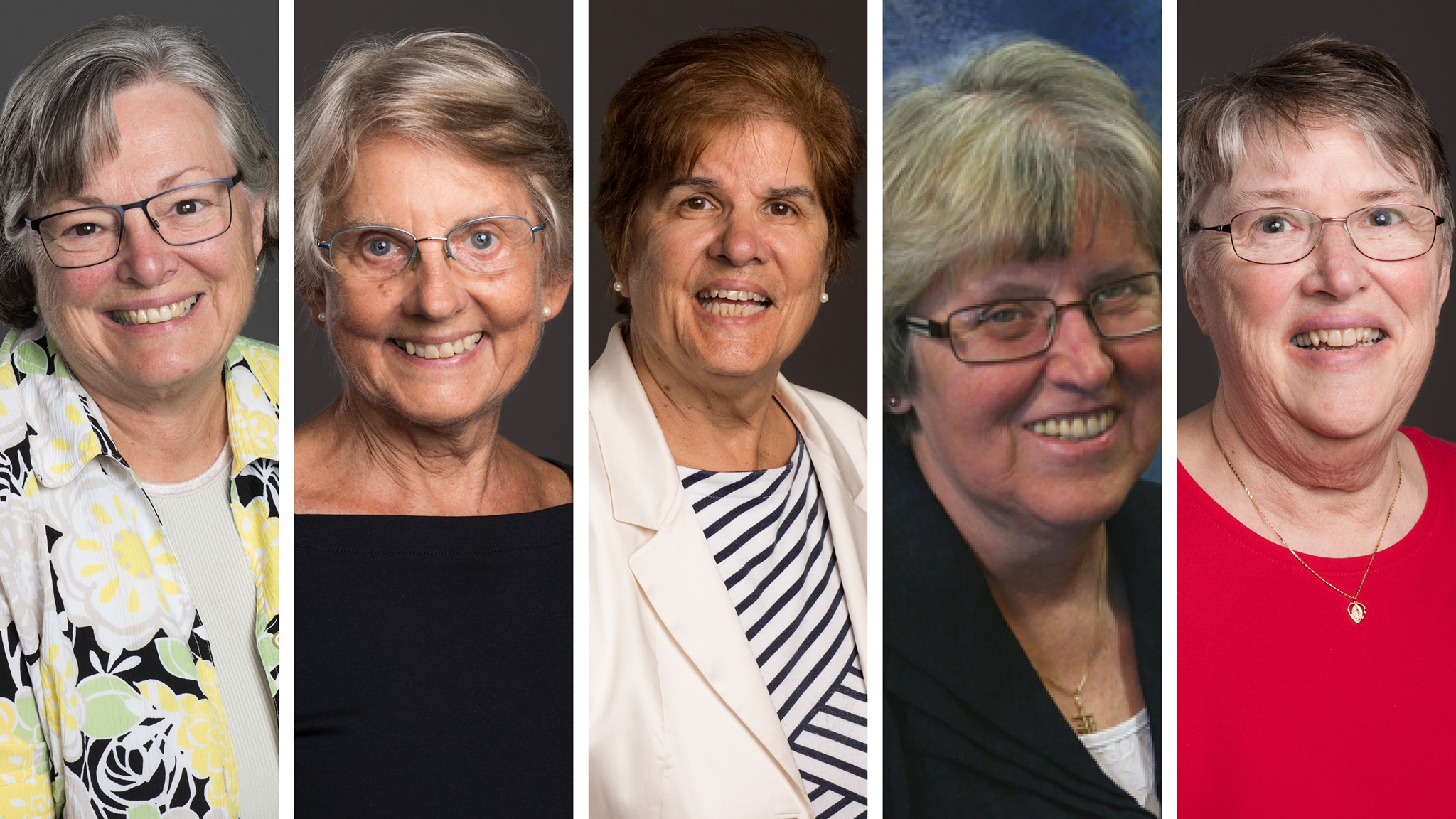 The transfer of leadership will take place via Zoom on November 21, 2020.

The Sisters of Charity – Halifax is a congregation of Catholic women religious with a mission to give joyful witness to love: the love of God, of one another, and of all persons. The Sisters ministries commenced in 1849 in education, health care, and social services in Canada, USA, Bermuda, Peru, Dominican Republic, and Africa. The Sisters founded the Halifax Infirmary and Mount Saint Vincent University in Halifax, N.S., the first degree-granting institute for women in the Commonwealth. Learn more at schalifax.ca or the Sisters of Charity – Halifax Facebook page.

Sister Margaret Mary Fitzpatrick, S.C., Ed.D. was born in Brooklyn, NY, and moved with her family to Wellesley, MA.  She met the Sisters at St. Paul’s Elementary School and Elizabeth Seton High School.  Missioned to New York, she served in higher education as a campus minister, administrator and college president.  Margaret Mary earned a B.S. in mathematics at the University of Massachusetts, an M.A. in religious studies at Fordham University, an MBA certificate from St. John’s University, Masters and Doctorate degrees in Education from Columbia University. She is President Emerita of St. Thomas Aquinas College, NY.

Sister Joan Butler, S.C. serves for a third leadership term, previously in 2002 and 2008. Her teaching ministry spanned Canada and the US including the Yukon, BC, NY and NS within private and public schools. Originally from Cape Breton, Sister Joan earned a B.Ed. from Mount Saint Vincent University, NS and a Diploma in Spiritual Theology from Regis College, ON. She served on boards with the Canadian Religious Conference (CRC), the Legal Seminar at St. Paul’s University and the Canadian Association of Treasurers of Religious Institutes.

Sister Joan Dawber, S.C. recently retired as Executive Director from Lifeway Network, a not for profit organization she founded in 2007 to confront human trafficking.  Prior to this, she served for twenty years as a Pastoral Associate in the Diocese of Brooklyn and Queens, NY.  Sister Joan is originally from Manchester, England. She graduated from St. John’s University, NY with a BA in Human Services and an MA in Theology, and a Masters in Pastoral Studies from Loyola University, IL. She serves on the board of the US Catholic Sisters Against Human Trafficking (USCSAHT) and the Sisters of Charity Global Concerns Resource Team.

Sister Mary Anne Foster, S.C. has most recently served in Massachusetts as Treasurer of the Supporting Corporation, at Wellesley.  She has a BA from Salem State College and an MA from Lesley University. Her ministry in education included roles as teacher, assistant principal, guidance counselor and in administration. She served in pastoral ministry in Chiclayo, Peru for seven years, leading small groups in the work of faith formation. In recent years, she enjoyed teaching workshops of hands-on healing, personal growth and development skills to adults.

Sister Mary Lynn Flett, S.C. ministered in Ontario and spent twenty-nine years with the Toronto Catholic District School Board (TCDSB) in various roles including Department Head, Chaplaincy Team Leader, Vice Principal and District Chair, Religion Department Heads Association. She has a BA from the University of Ottawa, a B.Ed. from McGill and an MRE in Pastoral Studies from Loyola University, IL.  A passionate educator, she piloted a school reporting system, supported victims of trafficking, and helped students ban the sale of bottled water and fund education in developing countries.