An Interamerican gathering was held on February 22-23 in Tucson (Arizona) between several religious conferences of America:

The meeting began with a short presentation from each of the conferences highlighting their characteristics and their major challenges. The meeting lasted two days. Members of the boards of directors of LCWR and CMSM attended the first day, while only members of the executives attended the second day.

The CMSM serves some 17,000 men religious, including 13,000 priests in 240 congregations. They are very engaged with youth and active in the justice and peace movement. The theme of their General Assembly in August will be “How to do ministry with youth” in preparation for the Roman synod. They have recently set up a juvenile-protection service and hired an individual for this service.

The LCWR has 14,000 members or 80 per cent of women religious in the United States. There is another parallel conference that has no connection with the LCWR. The Conference’s priority is focused on justice, especially the issues of immigration and human trafficking.

The CLAR is not a conference per se, but rather a confederation of national conferences from all the countries in South America as well as the Caribbean and Cuba. Their theme is: “Salgamos aprisa, al encuentro de la vida” (Go out with haste to meet life – Episode of the Visitation). The presidents from each country meet every three years for the General Assembly. They have a theological commission and a dozen commissions composed of representatives from different countries. The head office is in Bogotá. Their concerns are education in the face of human trafficking as well as youth education. They have organized intercultural seminars on the theme of integration between senior citizens and young people. Their ministry reaches each local community.

The CRC reaches 12,220 religious of about 240 communities (174 French-speaking  and 66 English-speaking). The Conference is bilingual since the religious of the western and eastern provinces are English-speaking and only the province of Quebec is French-speaking. Most of the communities’ generalates and provincialates are located in Quebec. One of the major challenges is the aging of the CRC members and the lack of succession. How to pass on our legacy and find a new role in our highly secularized society? Members are also concerned about helping new communities find their identity. Sessions have been offered on the topic of the relationship between women and men in the Church today and the attention to be paid to First Nations. The Director and the President participate in bi-annual meetings with the Assembly of Catholic Bishops of Québec and the Canadian Conference of Catholic Bishops.

After working in teams and sharing from each of the representatives from the different conferences, we note concerns that may be common to all conferences:

A human and spiritual experience was offered to us on the afternoon of February 23rd. A couple working with the Tucson “Tucson Samaritans | Los Samaritanos” group led us towards the Sasabe border crossing between the United States and Mexico. The wall separating the border is impressive. On the United States side, it takes 4 to 6 days to cross the Sonoran Desert to reach the first big city, Tucson (71 km from the border). Hundreds of people fail to reach their destination. They die along the way. In 2017, 151 people died in this desert. The people who are part of the Samaritans group take bottles of water to different places along the paths taken by the migrants. If they meet migrants on the road, they do not have the right to bring them back by car, but they can bandage their wounds, give them food or a word of encouragement. This humanitarian assistance is legal. 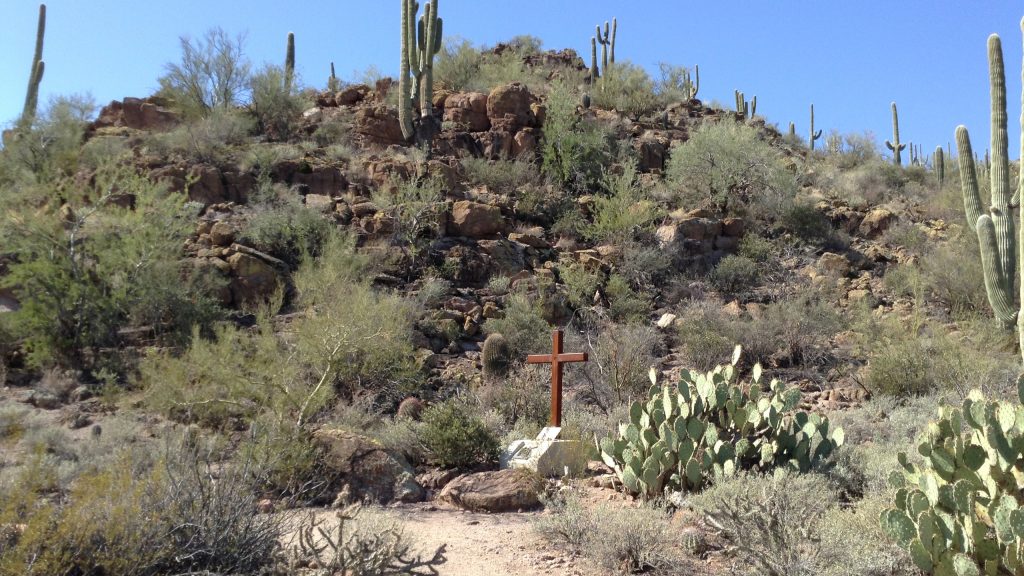 At the foot of this wall, in the desert, we prayed in solidarity with the Dreamers and the Migrants. Our prayer was guided by the text of Leviticus 19: 33-34: If you have strangers dwelling with you in your land, you will not mistreat them. The stranger who dwells among you shall be to you as one born among you, and you shall love him as yourself; for you were strangers in the land of Egypt. I am Yahweh, your God. The testimony of María, a mother who had suffered this experience of injustice, was very revealing. Then each of us were invited to mention the name of a migrant person. This celebration was marked by long moments of silence. Then with the Virgin Mary who had suffered at the foot of the Cross, prayer intentions were offered and, in a chain of friendship, this celebration was closed by the Our Father. 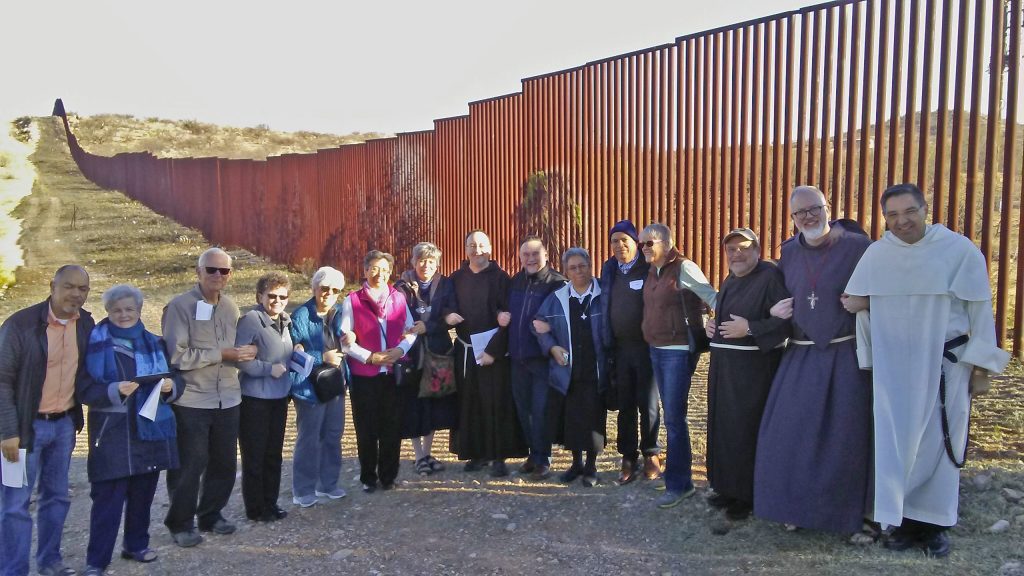 One result that came out of this meeting was a unanimous desire to be more united and to demonstrate more solidarity for displaced persons:

In short, this Assembly was very interesting and made us even more supportive of the situation of the Church of the Americas and the place of religious communities in the world today.