2018 General Meeting of the Committee of Contemplatives

From September 9 to 14, 2018, some forty nuns from the contemplative communities of Canada held their 31st General Assembly at the Ermitage Sainte-Croix, located on the shores of Lac des Deux Montagnes in Pierrefonds, Quebec. The theme of this gathering was  :

Seeking the face of God

After opening remarks from Sister Gabrielle Audet, CSO, President of the Committee of Contemplatives of the CRC, Sister Isabelle Toucheboeuf moderated the first meeting at which each religious family presented the face of Jesus Christ evoked in their respective community’s charism. It was a fraternal and enriching moment because of the diversity of the communities present.

Dom Guillaume Jedrzejczak, OCSO, was the first guest at these meeting days; over a series of several conferences, he presented a commentary on Vultum Dei quaerere (“Seeking the face of God”), the apostolic constitution published in 2016 by Pope Francis. Thanks to his various monastic experiences and his studies on monastic rooting through a doctorate on Cassian, he was an appropriate resource person to offer an understanding of the current monastic situation in light of an interpretation of history.

In the middle of the week, Father Timothy Scott, CSB, Executive Director of the CRC, made a presentation linking the apostolic constitutions Sponsa Christi and Vultum Dei quaerere. It was also an opportunity to review the lessons of the last CRC General Assembly and provide an overview of the religious situation in Canada.

A relaxing evening with the group Octuor Gouzes allowed the group to listen to several songs that touched on the meeting’s theme.

On Thursday, Father Francis Morrissey, OMI, commented on the instruction Cors Orans (“Praying Heart”) published in 2018. This implementing instruction completes Vultum Dei quaerere and presents the legislative framework of monasteries. His skill and great wisdom greatly enriched the discussions that followed his presentation.

At the end of this meeting, the members of the Committee of Contemplatives of the CRC elected a new Council for the next two years: 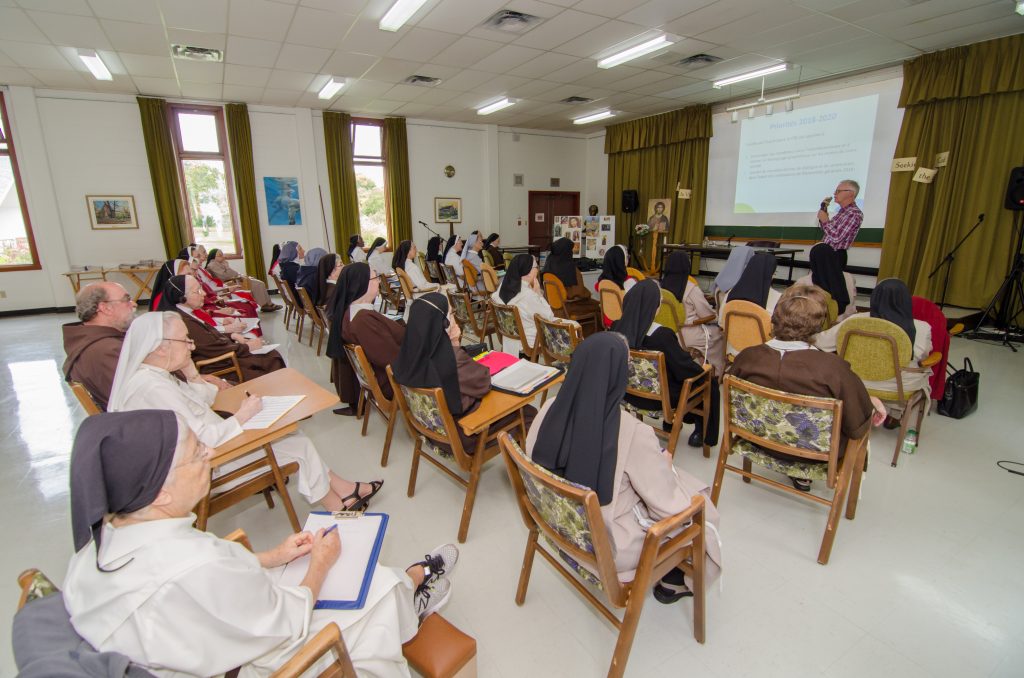 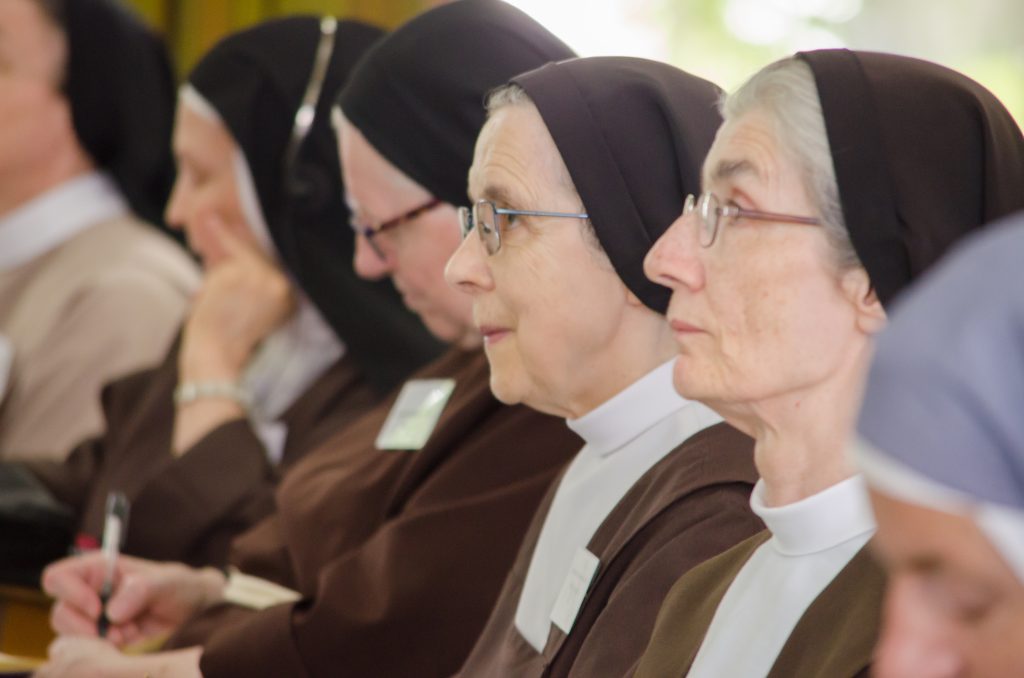 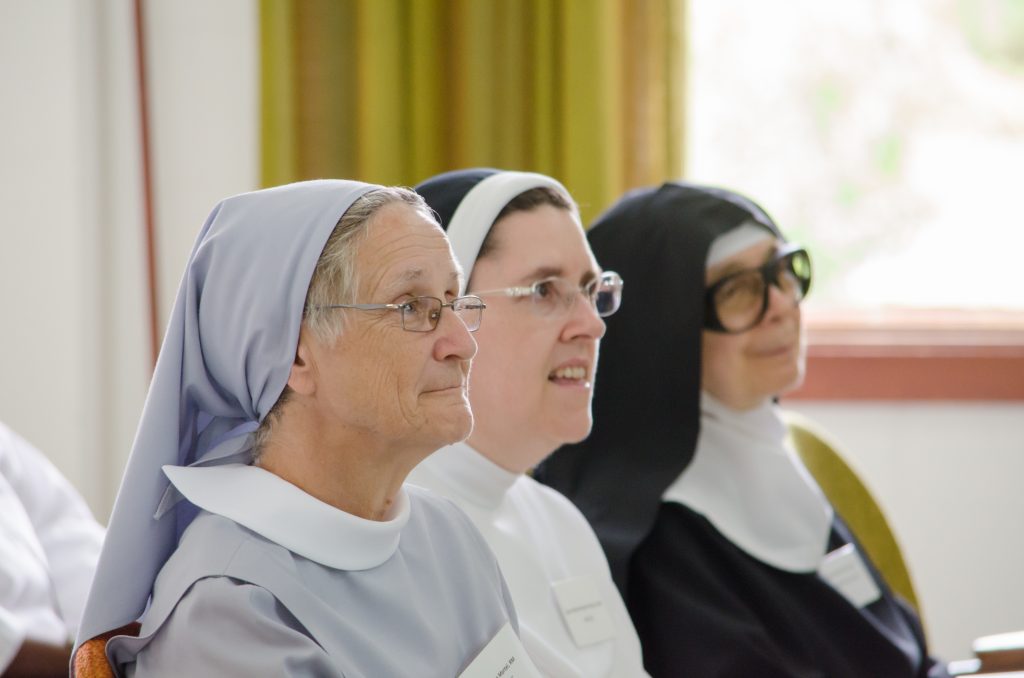 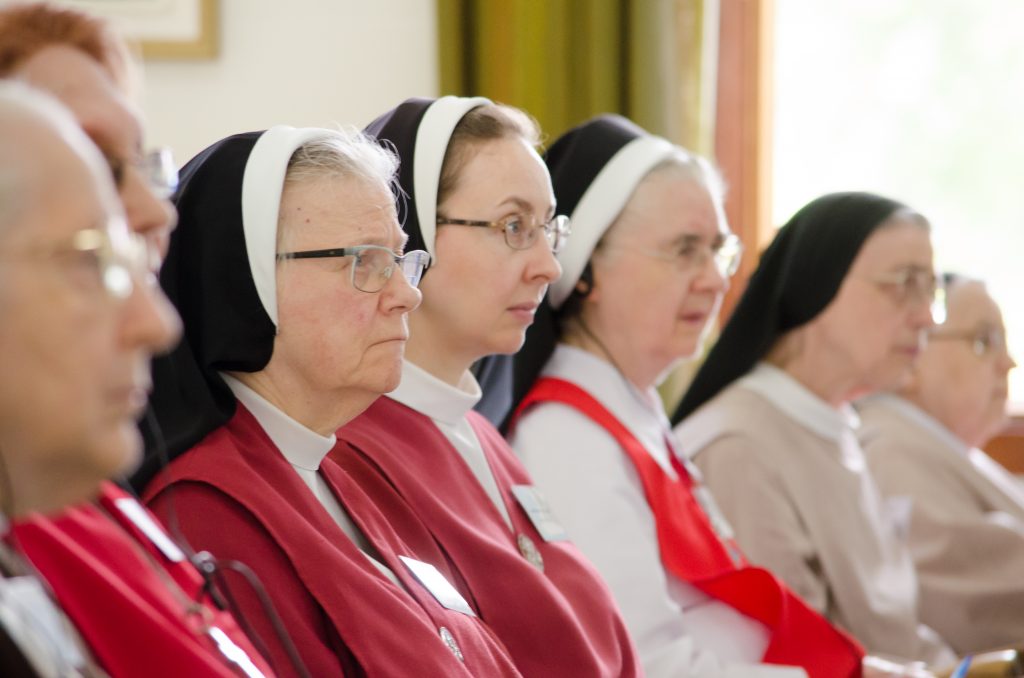 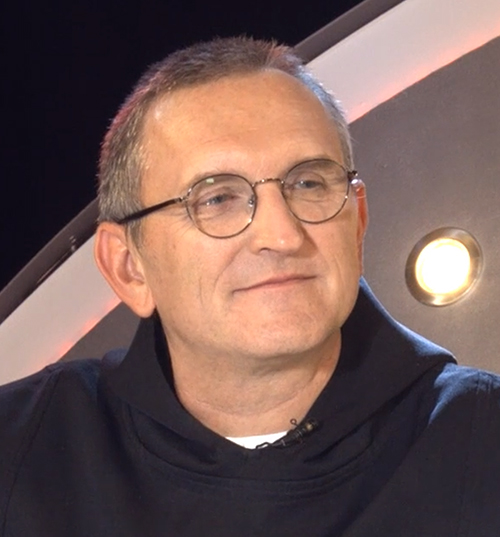 Guillaume was born in 1957, in the North of France, within a family of minors of Polish origin, Catholics but not practicing. It is at the high school, when he was around 16 years old, while reading Gandhi, that he started to be interested in Christ. While teaching catechism to the children, he rediscovered the faith which had been taught to him in his childhood.  The desire of living the Gospel pushed him to seek in various communities, before coming to the monastery of ‘’Mont-des-Cats’’, at the age of 18.

In a few minute, it was ‘’love at first sight’’.  It was there!  He stopped his studies to make a one year stage in community, where he made the astonished discovery of freedom and happiness. He returned to continue some studies and to make his military service in cooperation in Africa.  In 1982, he knocked again on the door of the Abbey of ‘’Mont-des-Cats’’, not without having made a short try in the contemplative community of the brothers of Mother Teresa in Rome. After his theological formation at the monastery, he carried out three years of studies in patristics at Rome.

Returning to the monastery, he was elected abbot in 1997 by his community. Actually, his current ministry leads him to visit other monasteries of the Order in France, in the Netherlands, in Switzerland, in Italy, in Madagascar and Lebanon, and it also brings him to give some retreats or session to the communities of monks and nuns of the Order in France, in Italy, in Chile, in Canada and in Israel. Through the diversity of the cultures, he discovers with amazement the work of the grace of God in the heart of these men and women who chose to live ”with God alone.” 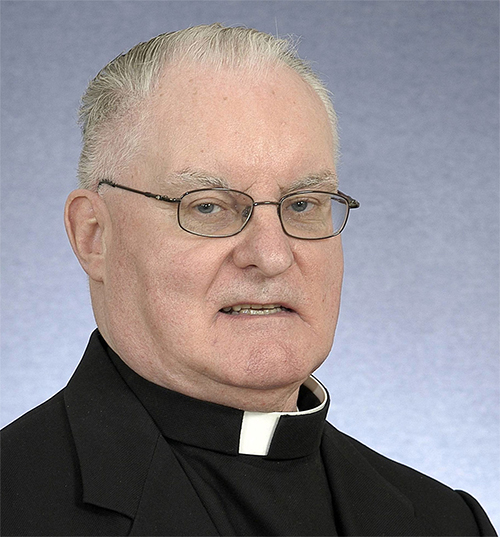 Fr Francis Morrisey, OMI, was born in Charlottetown, PEI, Canada, February 13, 1936.  He was ordained a priest on September 23, 1961, for the Missionary Oblates of Mary Immaculate.

He is an international lecturer and has been invited to speak in some 50 countries on matters relating to Canon Law.  He is an honorary life member of the Canon Law Society of Australia and New Zealand.  He has published extensively in the area of canon law, Catholic health care, and related subjects.

He also has served as Consultor to Pontifical and Episcopal Conferences in Vatican City and for the Canadian Conference of Catholic Bishops, not to mention his involvement with numerous religious institutes. He was involved in the preparation of the Code of Canon Law that was commissioned by Vatican II and promulgated in 1983.