April 17, 2020: 400th anniversary of the birth of Saint Marguerite Bourgeoys

Les Sœurs de la Congrégation de Notre-Dame will celebrate a very special anniversary in 2020: the 400th anniversary of the birth of their foundress, Saint Marguerite Bourgeoys, born in Troyes, France on April 17, 1620. Together with all the Congregation’s friends worldwide, the sisters wish to share their joy. Throughout 2020, various activities will highlight this event and a mini website, expressly designed for the occasion, will feature information about these initiatives: www.margueritebourgeoys400.org 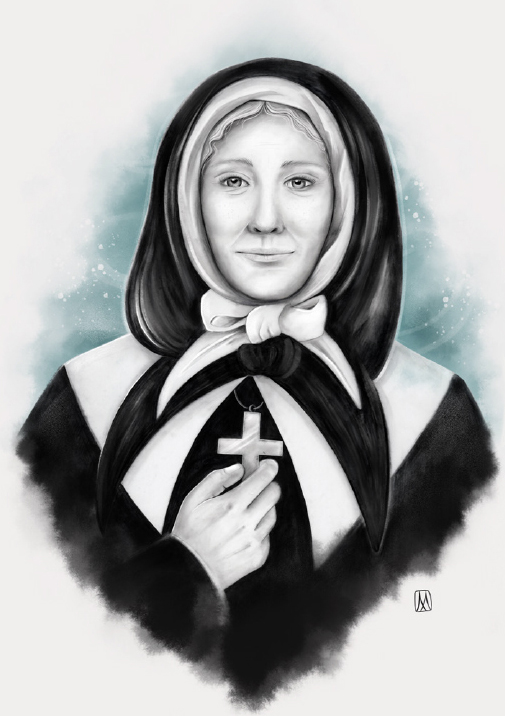 At the age of 20, a “touch of grace” led Marguerite Bourgeoys to give herself to God. She embarked for the New World at the age of 33, strengthened by the Virgin Mary’s call: “Go, I will not abandon you.” Having journeyed there to be a teacher, she became known as the “Mother of the Colony” as her first activities were to provide as many services as she could in order to fulfill the needs that arose. She welcomed and lodged the Filles du Roy. With the help of the settlers, she erected the first stone chapel (Notre-Dame-de-Bon-Secours). Finally, in 1658, she opened Montreal’s first school, where girls and boys were taught for free. In 1659, she returned to France to recruit companions who would form, with her, the core of the Congrégation de Notre-Dame.

Sisters of the Congregation travelled on mission in Canada, the United States and Japan to teach in numerous schools. From the 1960s, they journeyed to other missions in Central America, Cameroon and France. Still actively present among families and parishes, they advocate for greater social justice and the respect of all Creation.

Almost 400 years ago began the great adventure of a woman who put herself in the service of God and His people, a true pioneer who inspired generations of sisters who, like her, wanted to follow in Mary’s footsteps.