Ottawa, October 14, 2020 – Today, more than 50 religious leaders from across Canada released an open letter to all Canadians in opposition to Bill C-7 An Act to amend the Criminal Code (medical assistance in dying). This ecumenical and interfaith message is a response by religious leaders to the legislation introduced by the federal government on 5 October 2020 which seeks to expand the eligibility criteria for euthanasia and assisted suicide (euphemistically called “medical assistance in dying”) by removing the “reasonable foreseeability of natural death” criterion currently in the Criminal Code, and by loosening some of the existing “safeguards” allowing patients whose death is “reasonably foreseeable” to waive final consent to receiving euthanasia by making an advance directive.

The religious leaders said in part: “We are obliged to express our strong concern and opposition to Bill C:7 which, among other things, expands access to euthanasia and assisted suicide to those who are not dying. It perplexes our collective minds that we have come so far as a society yet, at the same time, have so seriously regressed in the manner that we treat the weak, the ill, and the marginalized.”

The message reflects a unity of thought and concern among Canada’s diverse religious communities in the face of human suffering, dying and death, and the inadequacy of euthanasia and assisted suicide as a response. The religious leaders further expressed: “We are convinced that a robust palliative care system available to all Canadians is a much more effective response to suffering and to protecting the sacred dignity of the human person. Palliative care addresses pain in a loving and caring environment, wherein people go out of their way to offer comfort and solace. It makes everyone into a better person.”

The development of the message was initiated by the Canadian Conference of Catholic Bishops (CCCB), Rabbi Dr. Reuven P. Bulka, CM, Ph.D., the Canadian Council of Imams (CCI), the Evangelical Fellowship of Canada (EFC) and Ahmadiyya Muslim Jama’at Canada.

Media is encouraged to direct inquiries to any of the endorsing signatories to the message. 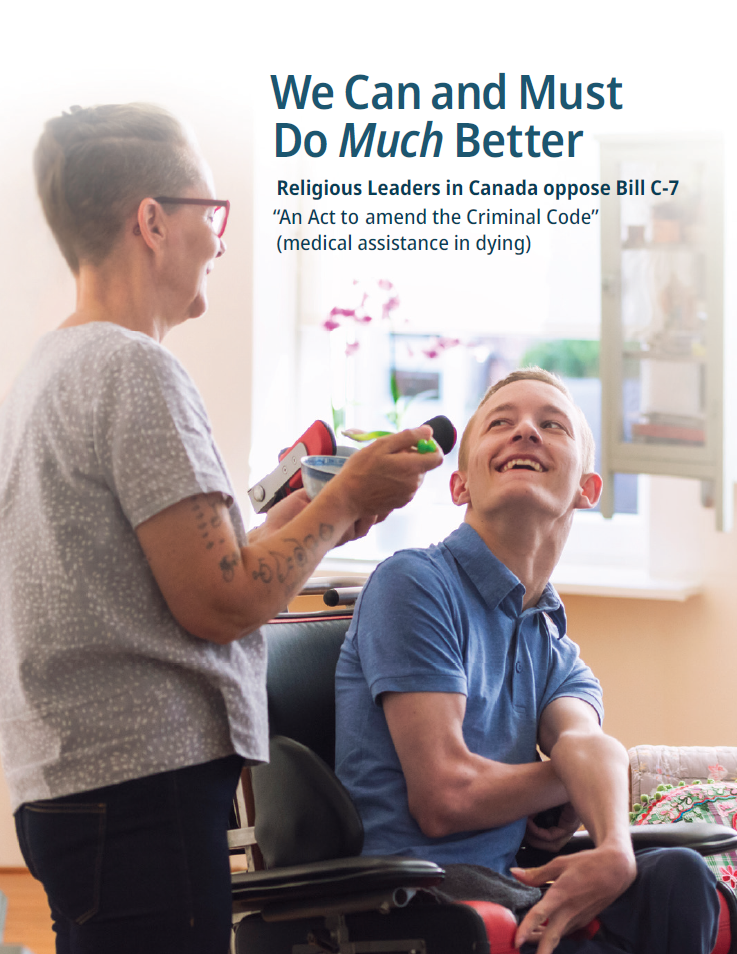