Testimonies for the Week of Prayer for Christian Unity 2021

In preparation for the Week of Prayer for Christian Unity, which will be held from January 18th and January 25th, 2021, the CRC is delighted to have two consecrated persons, Sr. Gill Goulding, CJ, and Sr. Pauline Boilard, MIC, share their journeys and involvement in ecumenism.

Through these testimonies, we will embark on an ecumenical journey which will take us from Scotland to Toronto and from Hong Kong to Montreal.

Sr Gill will take us to the eastern region of Scotland where she grew up, and where the interdenominational reality was present within families and communities as well as in the dialogue between churches. Through different local interdenominational activities, we will get a sense of an ecumenical dynamism and solidarity which contrasted with the tensions that could exist in other areas of the country. She will also share her reflection on why ecumenism matters and the contribution of consecrated people to ecumenism.

Sr Pauline will take us on a mission to Hong Kong at the time of the Vatican II Council, where we will meet the unforgettable Angela and Belinda, and cross paths with Brother Roger of Taizé. We will draw from the source of the Canadian ecumenical movement by reflecting on the theme of “being ecumenical”, inspired by Fr. Thomas Ryan, CSP, the second director of the Canadian Center for Ecumenism after its founder, the late Fr. Irénée Beaubien, SJ.

Speaking from very different contexts, these testimonies converge remarkably on the essential. They present us an ecumenism that is lived and incarnated, as a spirituality and as a way of being, in our everyday lives, that every Christian is called to. 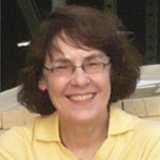 Sr. Gill is a sister of the Congregatio Jesu, an order founded in 1609 by the Venerable Mary Ward, which has the same Constitutions as the Society of Jesus.

Sr Gill is a member of the Theological Commission of the Canadian Religious Conference and currently serves as Vice President for the Canadian Council of Churches. She has also contributed internationally as a member of several ecclesial committees and commissions. In 2012 she was appointed by Pope Benedict XVI as a theological expert at the Synod on the New Evangelization for the Transmission of the Christian Faith. Most recently, she participated in The World Congress on The Dignity of the Child in the Digital Age in Rome October 2017, which addressed the global problem of the exploitation of young people online.

To find out more about Sr Gill Goulding, CJ: https://regiscollege.ca/faculty-and-staff-directory/faculty-profiles-gillgoulding/

Pauline Boilard, born in Lyster, QC, in the Maple region, is a Missionary Sister of the Immaculate Conception (MIC). Initially a school teacher, she soon became pastoral animator and agent. Her missionary work in Hong Kong, Jerusalem and in Quebec frequently placed her in ecumenical and interreligious situations for peace.

Towards the end of her Masters in practical theology at the University of Montreal, she was invited to join the Judeo-Christian dialogue at the Emanu-El Beth Shalom temple in Montreal, then on a monotheistic dialogue trip in Jerusalem, before accepting a brief engagement at the secretariat of the École biblique et archéologique française de Jérusalem.

Upon her return, she wrote a with a book on Jerusalem, a small city with a great destiny (« Jérusalem, une petite ville avec un grand destin ») with Novalis. She contributed to the secretariat of organisations such as the Action by Christians for the Abolition of Torture and the Centre culturel chrétien de Montréal. She is currently the respondent for her community at the interdenominational Green Churches Network, in addition to being responsible for their newsletter.