Longueuil, October 27, 2021 – The Sisters of the Holy Names of Jesus and Mary (SNJM) once again demonstrated their solidarity with the World March of Women (WMW) by organizing a symbolic march on October 17 at their heritage campus in Longueuil. The group of about fifty people was composed mostly of religious, as well as affiliated and lay people and some children.

All along the route in front of the heritage buildings and the Maison Jésus-Marie, the theme song “Marchons pour transformer, résistons pour vivre” (Let’s march to transform, let’s resist to live) composed by the Coordination québécoise de la Marche mondiale des femmes (CQMMF) was sung. After the march, people gathered in the SNJM chapel for a time of prayer. 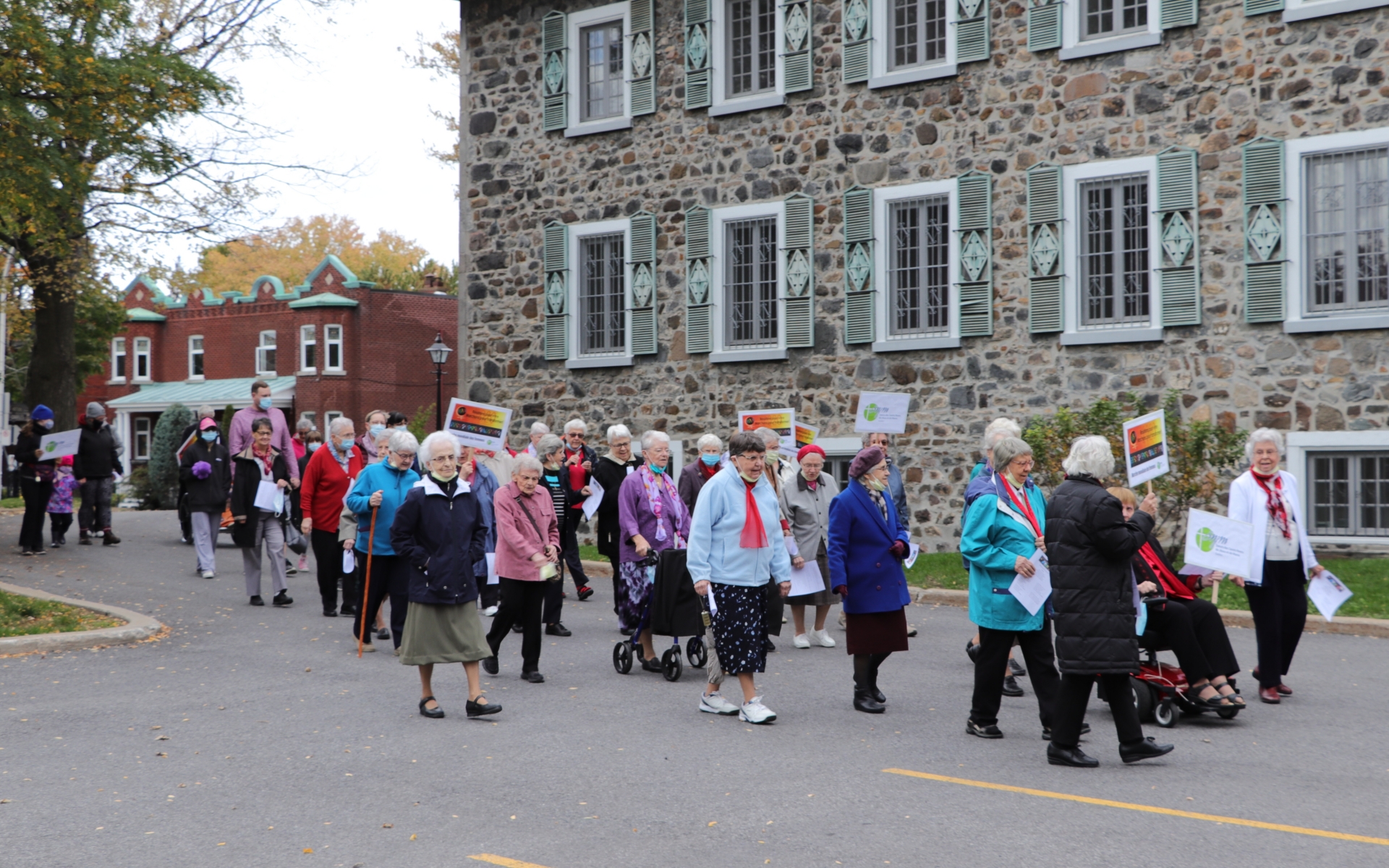 The Sisters of the Holy Names of Jesus and Mary organized a symbolic march
on their heritage site in Longueuil to support the five demands
of the World March of Women. ©SNJM

“We must not give up, we must continue so that women have acceptable living conditions, so that there are more measures taken for immigrant women with a special concern for Aboriginal women and that the wave of violence in all its forms stops, and that women’s lives are respected to put an end to feminicides,” mentioned the host before presenting the prayer intentions. 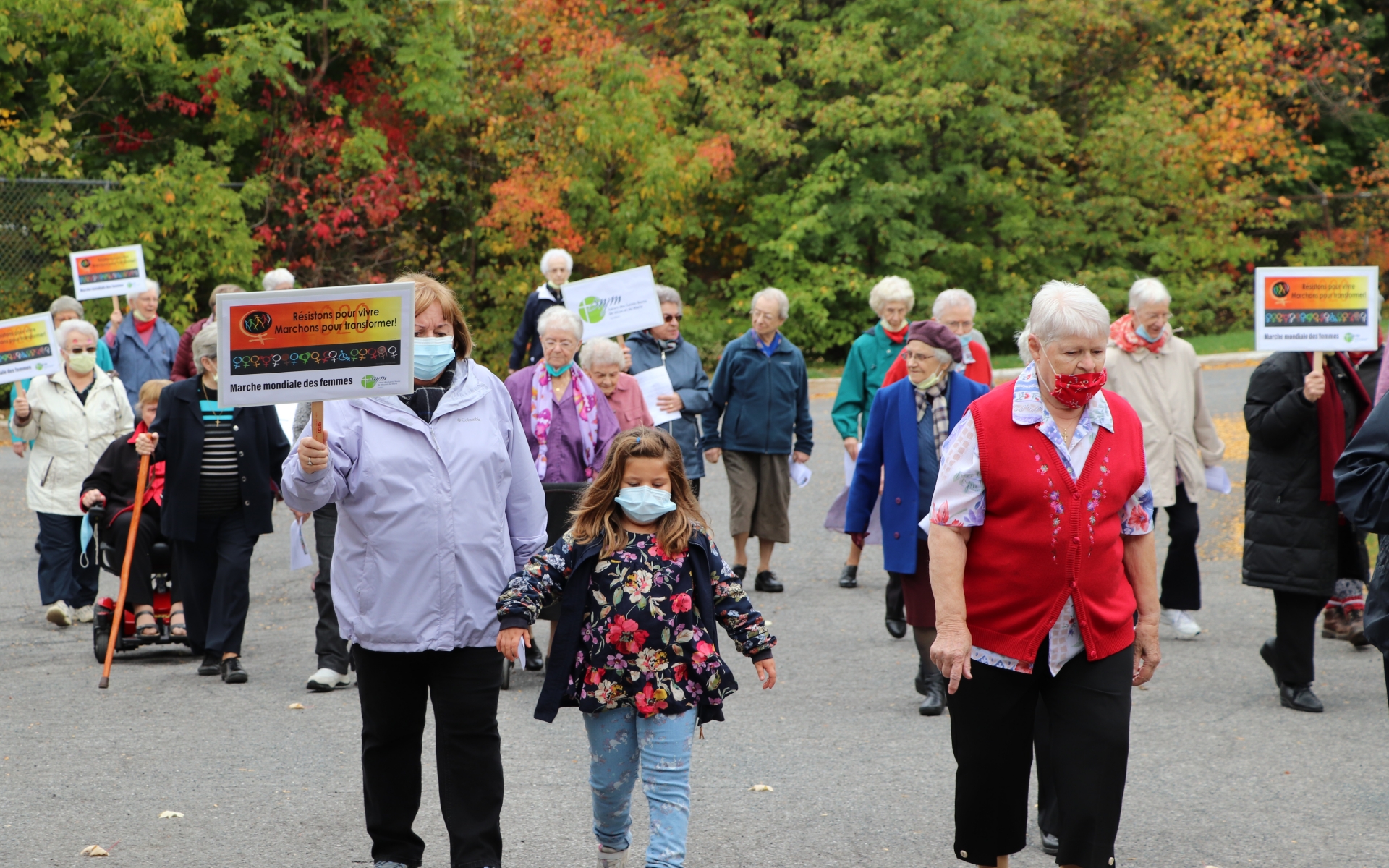 Some children and lay people joined the SNJM to march on October 17. ©SNJM

The SNJM has a long history of supporting women and the WMW. In 1995, an SNJM sister walked the 200 km route of the Bread and Roses march with the support of a relay team of sisters. Since then, the SNJM have participated in various ways in other years of the WMW. In 2015, they even chartered a bus with more than 70 people to participate in the march in Trois-Rivières.