Franciscans in Canada: Bring Christ and the gospel to the modern world 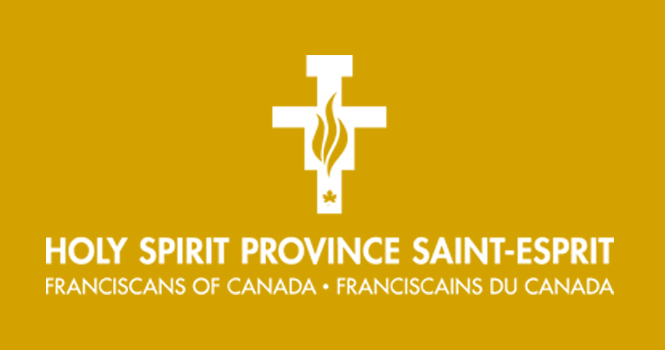 The union has been formalized by a decree pronounced by the General Minister of the Order of Friars Minor, Michael Anthony Perry, OFM. The new leader of the province, known as the Minister Provincial, is Pierre Charland, OFM.

“The creation of the new Holy Spirit Province of Canada takes us back to the roots of our Franciscan charism. It reflects a desire to be led by the Spirit, even on unkown paths. It takes us back to the experience of Pentecost, and to the core of the Gospel. This is what I hope will characterize the new Canadian province”, says the new Provincial minister.

Many guests from across Canada came to St. Albert, Alberta, to join in this historical celebration. Peter Williams, OFM, general delegate, as well as some Canadian bishops and Franciscan Provincial minister from the USA.

The proclamation of erection of the new Province and the formation of the new Provincial government opened the Chapter. « Go rebuild my house! » is the theme for the Chapter of Union which are the words which St. Francis heard at the San Damiano crucifix, in Assisi. This Chapter allows for the new Province to build on a strong foundation and to discuss the kind of challenges that come with the mission and the evangelization need for 2018. Franciscans desire to be present and close with the people they serve and all of creation. No matter who they are, no matter what they do, including the new generation, they want to bring Christ and the gospel to the modern world.

The new province will include 87 Franciscan brothers from the ages of 32 to 97 present in Quebec (Montreal, Lachute, Trois-Rivières), British Columbia (Vancouver and Victoria) and Alberta (Edmonton and Cochrane).

The headquarter of the new Province will be in Montreal at La Resurrection convent.

About the Franciscans of Canada

The Franciscan presence dates back to 1615 with the arrivals of the Recollects.
The existing Franciscan presence dates back to Quebec, 1888 and the first presence in Western Canada was in 1908. Then the Commissariat of the Holy Land was created.
St. Joseph Province founded in 1927.
Christ the King founded in 1955.
In 2018, before the unification, Saint-Joseph Province had 55 friars and Christ the King Province had 32.

Most of the friars of Saint-Esprit/Holy Spirit Province are from Canada. However some Friars have joined from other countries such as Poland, South Korea, India, USA, Germany, France, Ireland, Netherlands, Vietnam, Democratic Republic of Congo, Philippines and Nigeria.

Currently there are 2 men in formation at the International Novitiate in Ireland, Novices: Adrian Macor, and Theodore Splinter.

The youngest friars belong to the millennial generation.

Since 2008 there have been 8 Friars who have made solemn profession.

There are currently 10 Franciscan Friaries (houses/fraternities) across Canada ; 5 in Quebec, 2 in Alberta and 3 in British Columbia.

What do we do?

We are currently ministering in several parishes:

Since 1949 the Friars have been involved in retreat ministry at Mount St. Francis Retreat Centre in Cochrane, Alberta.

The Friars in Trois-Rivières operate a museum. Musée du Bienheureux Père Frédéric and Saint-Antoine Chapel is where the tomb of Bienheureux Frédéric is located. This museum opened to public in 1938 has recently been renovated. Roland Bonenfant, OFM serves as vice-postulator for the cause of Blessed Father Frédéric-Janssoone. Frédéric-Janssoone was declared blessed in 1988.

There are currently 5 friars who are students in various degrees of studies.

Several Friars have published works in various areas of Theology, Spirituality and Franciscanism.

There are 4 friars serving as missionaries in 3 countries: Peru, Haiti and Madagascar.

Friars are also involved in a variety of ministries including : sacramental ministry, service to the poor, pastoral care for vocations, hospital and school chaplaincy, social justice advocacy, service to refuges, present in Indigenousness communities and Provincial administration.